The software-defined perimeter of the network is a key element of company cybersecurity. To this end, a system manager generally sets up a demilitarized zone and border router and implements a Firewall, VPN, ID, and other typical security software.

This traditional methodology is still reliable, but not fully protected. The network boundary itself is one of the main challenges. This perimeter encompasses on-premise and cloud services, solutions for SaaS, IaaS or PaaS, local and remote links, mobile and IoT devices, etc. for a large enterprise.

Visibility and accessibility were the basis for the perimeter strategy. If you can not see a resource from an external entity in the network, you cannot acquire access. As a result, exterior entities seem to be blocking while internal entities seem to pass. But it only worked to some extent. Really, it is always possible to penetrate the fixed network border; it is only a matter of time and it’s possible with a person with sufficient skill.

What is Software Defined Perimeter?

It assures that all endpoints trying to access a certain infrastructure are verified and licensed before they can access any system resources. All unlawful network resources will not be authorized. Not only does it apply the idea of the network's least privilege, but it also decreases the attack area by hiding network resources from unauthorized or unverified users.

As a single on-site solution or as a cloud service, a software-defined perimeter can be used. Deployment models rely on the choice:

How does a Software-Defined Perimeter work?

With an SDP, unless permitted to connect to a server, technically it should not be possible. SDPs permit user access only after 1) user identification verification and 2) device status assessment.

The SDP establishes a data connection between that device and the site that it intends to access when the user and the device are authorizing. An authorized user is not logged into a bigger network but is granted a personal network connection, which nobody else can access, and which comprises only the services to which the user can access.

Imagine an internet-connected web server that doesn't accept any requests. It does not handle requests or send answers; it does not have open ports or network access, even if it is connected to the Internet (something like a toaster or a bulb that is connected but is disabled to prevent the streaming of power). This is the basic server status within a given boundary of the software.

Another way for Software-Defined Architecture is to visualize a locked front door. No one can go through or even see inside the door until a visitor checks which one is and what they are doing on the other part of the door.

Some people think an SDP is capable of replacing basic cybersecurity tools such as a VPN and a firewall. However, the way to success rests in combining the tried and tested ways in our experience. We've utilized a VPN to encrypt the connection between clients and hosts, for example, during a recent SDP project.

An SDP's main benefit is the high level of security of the network. Three hackathons with considerable financial awards have been hosted in the Cloud Security Alliance to compromise perimeter protection in the software.

It has been proved that this cybersecurity technology protects company networks from the mentioned attacks:

Looking at the way networking works now and the changing structures of traffic; the effects of the fixed perimeter limitation to both the inner and the cloud. At present, we have a very smooth, multi-point network perimeter.

Suppose a castle is used to get access to a gatehouse. It was easy to enter the gatehouse because we just needed one guard to pass it. In and out there was just one way. Today, however, we have so many small doors and ways in this digital world that we have to secure them individually. This results in the deployment and change in perimeter placement of cloud-based app services. The current networking devices for the perimeter are, therefore, placed topologically. All that is essential nowadays, for example, is external to the perimeter of remote access employees, SaaS, IaaS, PaaS.

Users need access to resources in numerous cloud services wherever the resources are located, leading to multi-cloud systems that are complex to administer. Users don't care where programs are located and should not care. You only need access to the application. In addition, the rising use of mobile employees requiring access from different devices at all times has pushed companies to help these vibrant employees. In this scenario, Instasafe will help you out. Let’s see, what is Instasafe and how it can help you.

How a Software-Defined Perimeter is Related to Zero Trust Security?

As the term suggests, zero-trust security is not very reliable; by default, no individual, device, or network is reliable. Reliability of Zero Trust is a security model requiring tight identity verification for all persons and devices wanting to acquire internal resources, regardless of whether inside or beyond the network (or, the software-defined perimeter).

One approach to ensure 0% confidence is an SDP. Before they may connect, users and devices must be validated and only have minimal network access. No device, not even a laptop CEO, may make a network connection to an unlicensed resource.

Established in 2012, InstaSafe is a premier cloud-based security as a service company with a staff of more than 100 people who spent years in cybersecurity. InstaSafe is presented as an SDP Zero Trust provider considered by Gartner and seeks to make the Internet secure, connected, and open through the removal of holes in conventional network and security solutions. InstaSafe enables companies to make their digital transformation journey through the security, pleasant experience, and low risk of corporate applications to consumers worldwide.

As per Deloitte Fast 50, we are the 17th fastest-growing company in India and a 4-time winner in CI O Choice Awards of the Best Cloud Security Vendor, in addition to an active Cloud Alliance member (CSA). InstaSafe® is a trusted product of over 100 companies throughout the world. InstaSafe enables clients to connect to their own resources, smoothly and smoothly, at any time in the world, using a simple, user-friendly layout.

Visit us here to know more. 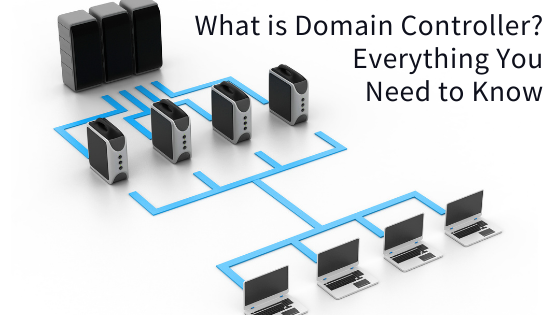 Implementing the network security best practises is of the utmost importance to enable secure remote device access, extend security compliance, centralise user data, and strengthen your security posture. In this remote working environment, establishing a secure connection between your remote employee’s devices and the corporate domain is important to

Ensuring efficient collaboration and communication between your development and operations teams is the key to success—especially in today’s remote working environment. As the name suggests, DevOps connects your company’s operations and development teams to streamline processes, enable quality assurance, and improve your company’s ability to deliver 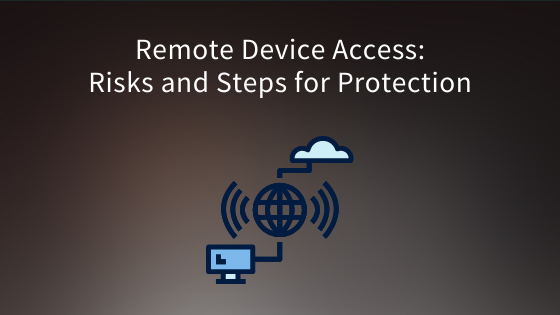 Remote device access allows your remote employees and contractors to access the network resources through their own devices or company-owned devices and an internet connection. During the global pandemic outbreak, the remote working environment and WFH situation accelerated in 2020, forcing companies to operate from remote locations. While it came