Evolution of the term ‘perimeter’

The military definition of the term ‘perimeter’ is simple - we are inside and the enemy is outside.

Corporate networks had initially been designed to keep external threats outside, and internal assets secured from these threats. The internal network was deemed trusted by default, and everything outside was considered untrusted by default. Any resource trying to gain access from outside had to undergo scrutinisation from multiple security technologies.

This is still the foundation for most networking professionals even though a lot has changed since the inception of the design. In cyber security, the term is tuning to something different over the last two decades. In the early 2000’s the concept of firewalls and virtual private network (VPN) emerged widely for corporations to establish connectivity that are network centric approaches. Organizations establish SSL VPN and Wifi networks that enable people, such as partners to access the corporate network.

During 2007, Jericho forum published commandments, a list of 11 principles that define what must be observed when planning for security in the new world. According to the Jericho Forum, the Deperimeterization “has happened, is happening, and is inevitable” and organizations should “plan for it and should have a roadmap of how to get there. Historically, enterprises deployed perimeter security solutions in the datacenter to protect their critical applications from external threats. Later in 2013, Cloud security alliance (CSA) published a paper on Software defined perimeter based on it's working group to demystify this term for modern secure business use-cases.

Emergence of the Software Defined Perimeter

With adoption of BYOD (bring your own device), having contractors and partners within corporate networks, over permissions for users to have access to systems, Cloud concepts such as IaaS, PaaS and SaaS made the term ‘perimeter’ irrelevant due to security consequences, as they are based on hardware technologies. Software defined perimeters (SDP) replaces physical appliances with logical components that bring together standard security controls such as PKI, TLS, IPSec, SAML and concepts such as federation, device attestation and geo-location to enable connectivity from any clients to any information resource. Software defined perimeter solution mitigates most common network based security attacks by dynamically creating one-to-one network connections between users and the data they access.

The Software Defined Perimeter Solution (SDP) Works are as follows: 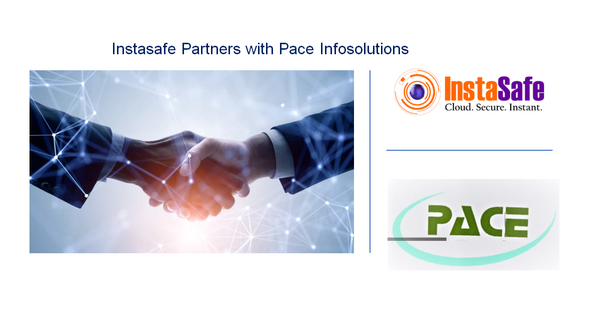 Instasafe, announces its partnership with system integration and technology consulting company Pace InfoSolutions. Instasafe and Pace InfoSolution aims to integrate their strengths and increase synergy to collectively solve the security needs of a much more diverse set of customers. With Instasafe's collaboration with Pace InfoSolutions, the two companies will collaborate 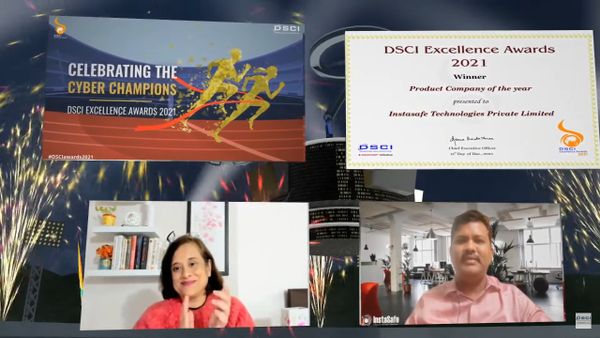 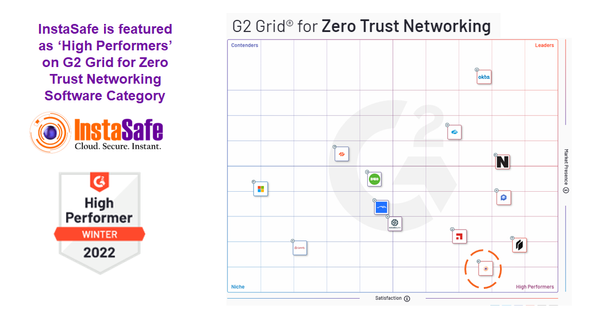 G2, a leading peer to peer review site published its Winter 2022 report on Zero Trust Networking Software. We are happy to announce that InstaSafe is featured on the "High Performers" Category along with other leading software vendors. High Performing products have high customer Satisfaction scores. We are thankful to